The J.H. “Jud” Hall Composites Manufacturing Award honors the late Judge H. Hall (1931-85) for his dedication to making the former Composites Manufacturing Association of SME (CMA/SME) an established group within the composites manufacturing industry, and for his contributions to the development of composites technology. Hall was issued U.S. Patent 3962394 — “Method for molding fiber reinforced composite tube” in June 1976. Previously, he was a member of the technical staff, TRW Inc., Redondo Beach, California, and chair of the former CMA/SME.

The award is presented annually to an individual who has contributed to the composites manufacturing or tooling technology through leadership, technical developments, patents or educational activities. It recognizes excellence in the development or improvement of processes, tooling and applications, as well as achievements in composites research, education and technology transfer. The J.H. “Jud” Hall Composites Manufacturing Award celebrates innovation in solving issues related to production and applications development, and acknowledges significant contributions that reduce costs and waste streams, and improves quality and efficiency. 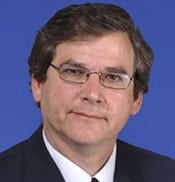 Kurtis Willden, technical fellow, Boeing Corporation, is the recipient of the 2020 J.H. “Jud” Hall Award. He was recognized for his successes in the development and implementation of processes and equipment for large composite aerospace structures. Willden is a highly skilled engineer and innovator whose ideas are used in production, saving $45 million annually and millions of dollars in non-recurring cost avoidance.

Each award showcases those companies that have excelled in manufacturing products made from advanced composite materials. That excellence includes developing an innovative way via tooling and/or manufacturing process techniques, which will help manufacture future products made from these materials; or have shown accelerated growth by providing superior service, quality or cost reduction initiatives. The award recipients will have demonstrated all of the initiatives that have helped advance the overall composite manufacturing industry.